On June 1, hundreds gathered at Burgess Park, at a rally in support of #JusticeForGeorgeFloyd and #BlackLivesMatter. Mayor Cecilia Taylor, the city’s first African-American Mayor, gave a moving talk where she shared with the crowd that she fears for her stepson and nephews’ lives. When she heard the news during a Council meeting she struggled with tears from the dais.

After the Mayor spoke, the group knelt for nine minutes, recalling how long the murderer had his knee on George Floyd’s neck.  Then the group marched, chanting and holding signs, up Alma Street and across the Caltrain tracks to the Palo Alto Avenue soccer fields. The rally, like so many across the United States, was organized by high school students who demand a more just and equitable future where #BlackLivesMatter, where Black people do not fear police violence, and where the outcome of people’s lives – health, education. prosperity – can’t be predicted by skin color.

At the close of her talk Mayor Taylor, “There are policies we can put in place” to bring about a more just and equitable city. For those who share this vision, click here to join us at Menlo Together, a group of Menlo Park and Peninsula residents who envision a city that is integrated and diverse, multi-generational, and environmentally sustainable. We’ll keep you posted on opportunities to learn and take action at bringing about a just and sustainable Menlo Park. 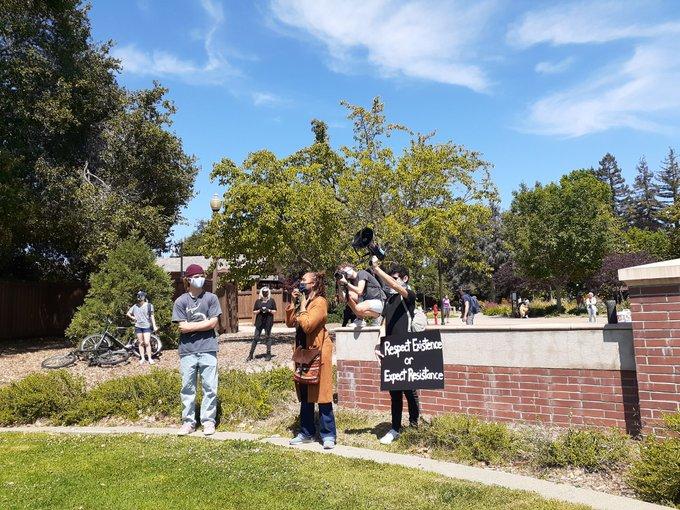